Surface Pro X: Is it A Right Step Into The Future For You? Microsoft has leapt into the future with the new Surface Pro X. It’s a 2-in-1 device that looks good, feels comfortable, and promises to be an all-around performer. However, is it worth the price tag?

In terms of design, Surface Pro X is a beauty. Compared to its predecessors, it has a bigger screen and ultra-thin bezels, which gives it a nice sleek look. This makes it a great travel companion when you’re working on the go since it’s very lightweight and stylish. The keyboard and pen combination is also perfect. The pen is charged by the keyboard and sits nicely at the top. It is then hidden away when you are typing on the keyboard with the tilt in place. It’s a smart design that lessens the chances of you losing the pen. All in all, when it comes to first impressions, it’s a great device. It looks chic with its nice black finish and beautiful 13-inch display.

Moreover, Surface Pro X combines the best bits of computers and phones. It uses an SQ1 ARM processor, which is similar to what is in your mobile phones. It may even be a glimpse of an ARM-powered Windows future as this processor provides slightly improved battery life, slimmer design, and built-in 4G. It includes an e-sim for 4G/5G access but seems to be limited to Telstra at this stage. It’s still uncertain if other providers will support e-sim in Australia, but it will still take a traditional nano sim.

In terms of its capabilities, this is where things can get a bit tricky. If you are using standard apps (Office 365) and Web Apps, Surface Pro X is perfect. Windows works amazingly fast, including the New Edge. Plus, WiFi is also better. It even works with the standard Surface Dock, which is good since no additional upgrades are needed if you already have a surface.

However, as much as it’s a product ahead of its time, that doesn’t always mean it’s a good thing.

For one, the processor is ARM and not an Intel or AMD chipset, so it’s not your traditional x86 or x64 processor. This means that some apps simply don’t work on it, and others run slow. Microsoft Office seems to work well, but Surface Pro X installs the 32-bit version, which is less efficient than the 64-bit. There are also problems found when dealing with Microsoft Teams as there is a noticeable struggle under load (video and screen sharing), and these activities crash at times.

Moreover, as much as it has 2 USBC connectors, it doesn’t have a traditional headphone jack, so you’ll need to get some new headset options.

There are other limitations to the new ARM Processor as well when you run a few more apps. Power BI Desktop seems to run very slow. Video editing tools and conversion tools are also slower because they are not optimised to the processor. As such, if you need to use more than the usual software, stick with the Surface Pro 6 or 7 models until there’s more uptake in the ARM Processor in terms of software compatibility.

Microsoft’s Surface Pro X is a cutting-edge Windows 10 tablet, but the lack of developer support will be a problem for a while. As much as it looks good on the outside, switching to an ARM system complicates things on the software side.

However, if you’re someone who wants a thinner, lighter 2-in-1 device with LTE, long battery life, and works primarily with the ARM or Universal Windows Platform apps, the Surface Pro X is perfect for you. Admittedly, the Surface Pro X has its flaws but that doesn’t mean it’s a lousy PC. It’s just a premium device that needs the right owner.

So what do you think? Is this the perfect PC for you? 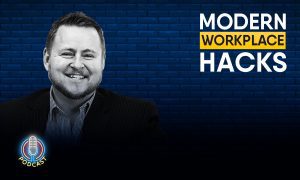 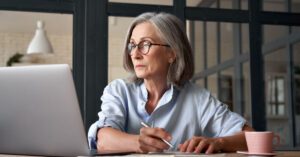 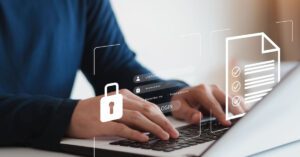